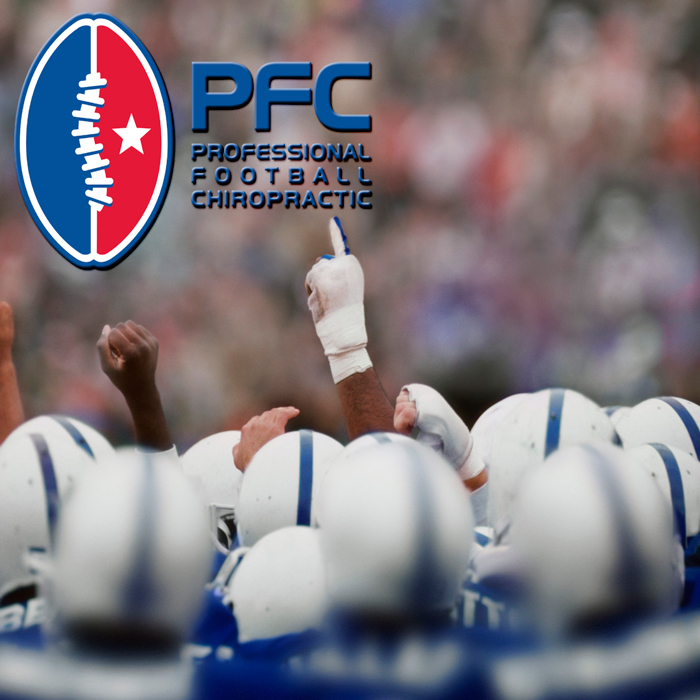 The Foundation For Chiropractic Progress released a press release yesterday highlighting the the role that chiropractic has played for the two teams that will be involved in Super Bowl XLVI:

CARMICHAEL, Calif. – Feb. 1, 2012 – As the New England Patriots and New York Giants prepare to play on the biggest stage of all for football fans – the XLVI Super Bowl, February 5, 2012, Indianapolis, Ind. — the Foundation for Chiropractic Progress, a not-for-profit organization dedicated to raising awareness about the value of chiropractic care, points to the role of the team Doctors of Chiropractic (DCs) in optimizing functionality, endurance and overall conditioning. Dr. Michael Miller of the Patriots and Dr. Robert DeStefano of the Giants explain that chiropractic is fundamental to the consequences of jarring impacts, enhancing body mechanics and joint motion while improving structural balance vital to preventing and addressing many common injuries.

“Professional athletes rely greatly on the coordinated efforts of the entire healthcare team, comprised of athletic trainers, rehabilitation specialists, physical therapists, orthopedists and chiropractors,” says Dr. DeStefano. “With the exception of 24/7 availability, preparing for Super Bowl is no different than the regular season. As injuries present themselves, we work systematically to provide the athlete with the care needed. In the end, we hope for quick recovery and high-level performance.”

Dr. Miller, who notes that the Patriots have dedicated their season and championship wins to Myra Kraft, the late wife of the team’s owner Robert Kraft, adds, “Most of our players will get adjusted prior to games to adequately prepare their bodies for battle. Several times during the playoffs, incidents occurred that required chiropractic care and, subsequent to sideline treatment, players were able to return to action the following play. We expect to have the same efficiency going into and during the Super Bowl.”

Viewed by both teams as a valuable healthcare component, chiropractic care is commonly used to address neuromusculoskeletal strain injuries, including neck pain, low back pain, strains to the hamstring and quadriceps, and certain whiplash injuries. Additionally, it provides treatment for other extremity problems, such as temporomandibular joint dysfunction (TMJ), carpal and tarsal tunnel misalignments, and shoulder, elbow, knee and ankle tribulations.

Being involved with the Patriots for over 30 years, Dr. Miller knows first-hand that the players appreciate the service he provides, and he is excited to enter another Super Bowl together, sharing, “As we get closer, I’m reminded of a mantra from head coach Bill Belichick who says, „Do your job. If done well, it will reap rewards.‟ I wish both teams health through this next game and may the best team WIN!”

To learn more about professional football and chiropractic, visit the Professional Football Chiropractic Society, an organization that encompasses chiropractors from all 32 NFL teams, including Dr. Miller and Dr. DeStefano, which provide the highest quality chiropractic to the elite athletes.